Soooooo Artwork! I wanted to do something cool like The Scream or a Kandinsky. I've seen similar so I decided on Jackson Pollock. I love his work, even watched the obscure movie about his life called Pollock staring Ed Harris. I love many of his paintings, and if I chose well, it gave me an excuse to try out the spatter technique.

Well, the spatter technique didn't work. Nothing came off the straw no matter how hard I blew. Operator error I'm sure. I'll YouTube it later. I wasn't bothered though because the painting I chose was called Number 32 and is a cross between his splatter or drip style and something a little more structured and 'smeared'. Not sure I'm describing it well, but you should look up his work it's always fascinated me.

So instead of blowing, I dipped the end of the straw in China Glaze Liquid Leather and dabbed it randomly on the two nails. For the two middle figures I decided to try something new I thought of the other day, or new to me anyway. I used a Fiscars Craft Punch/Embosser to cut the end off a strip of painters tape I taped to wax paper. Then I applied these like striping tape, painted and quickly removed. If anyone would like a tutorial of this I'd be happy to make one. Just leave me a comment below. I will for sure be doing I full manicure of this at some point. 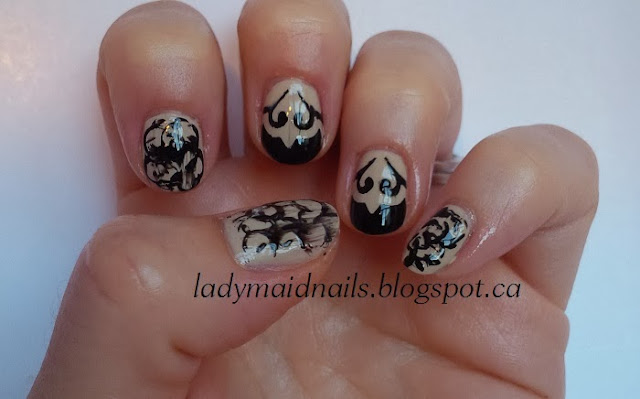 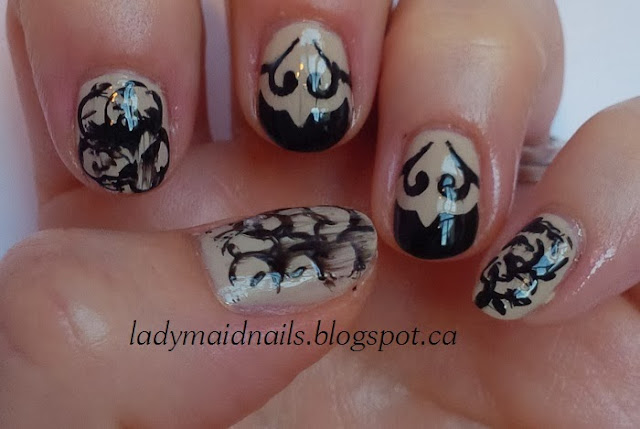 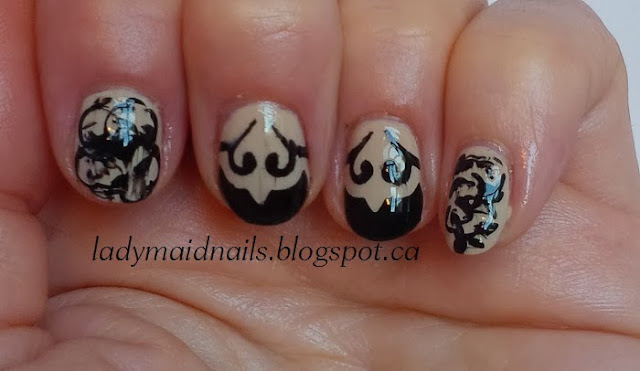 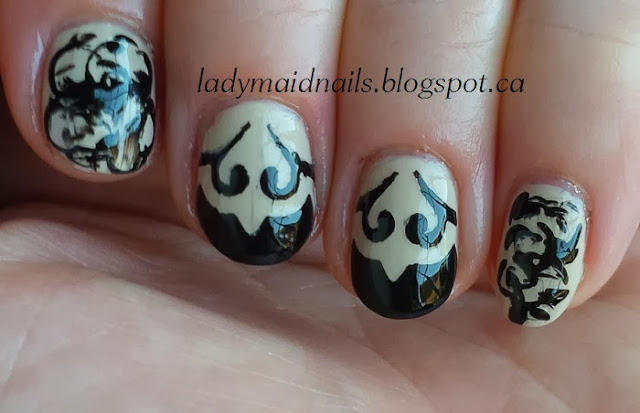 Wow I'm blathering on here! Everything was on a base coat of Finger Paints Don't Make a Scene. I then used topcoat, and actually wanted to smear the black a bit for once.

Hope you like my interpretation. Only four more prompts left in the challenge!

Email ThisBlogThis!Share to TwitterShare to FacebookShare to Pinterest
Labels: Freehand