I'm only meh on these, but they do have potential. I will attempt them again...note to self! I was soo tempted to whip out some Halloween nails, but decided to try these fairy wand nails. I took this inspiration from the show The Fairly Oddparents that my son likes. It's kind of cute and revolves around a boy and his Fairy Godparents who use wands to grant wishes.

I rushed the execution a bit because I was in a bit of a hurry today. The base is Essie Vanity Fairest topped with Sally Hansen Xtreme Wear Strobe Light on the last two nails. Then I used Liquid Leather to stamp the Star from Salon Express stamping plate SE18, and China Glaze Rendezvous With You and BM - 305 for the lightning. I then added in some detail sparkles with Kiss nail art paint in Pink Glitter. Pardon this awkward picture at the top, but it showed best the flow I was trying to convey. 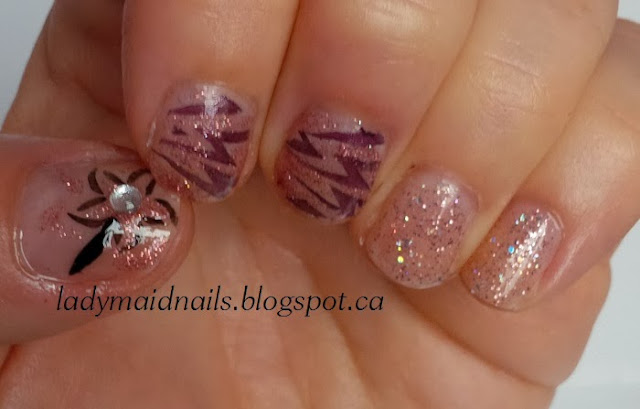 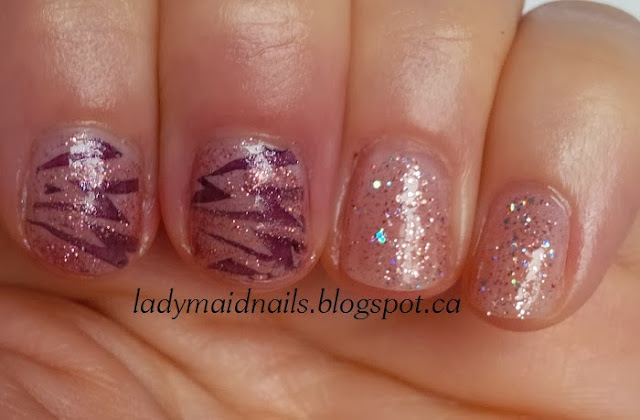 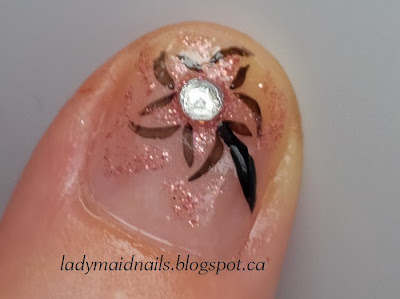 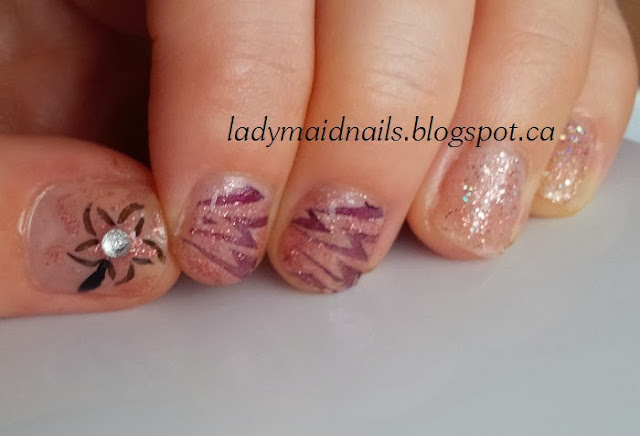 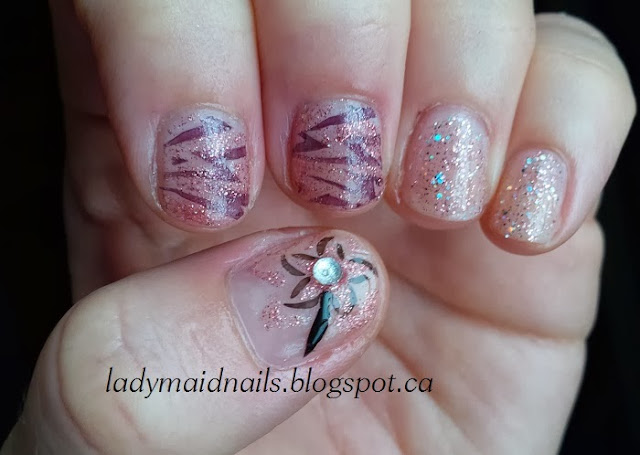