So the Song I chose was Norah Jones The Prettiest Thing, and for a few reasons. First, I could listen to almost all of her music over and over again...and I do! Second, this song has always put hauntingly beautiful imagery in my head. The line I chose was one of these, and I chose to interpret it in a more abstract way, with some stunning colours.

Here's the line;
"The prettiest thing
I ever did see
Was lightning from the top of a cloud
Moving through the dark a million miles an hour
With somewhere to be"

And here's the art! 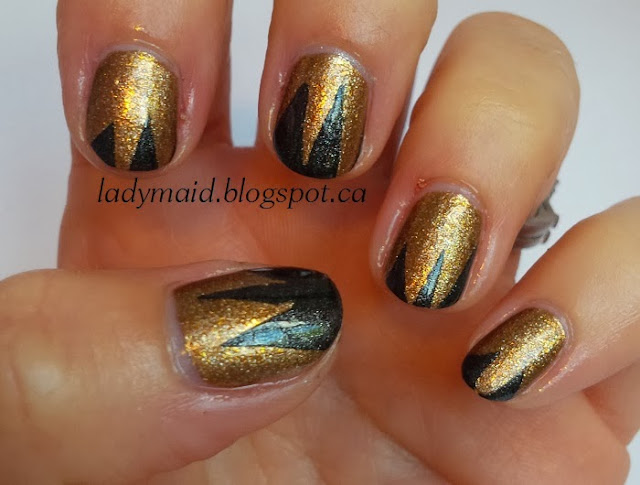 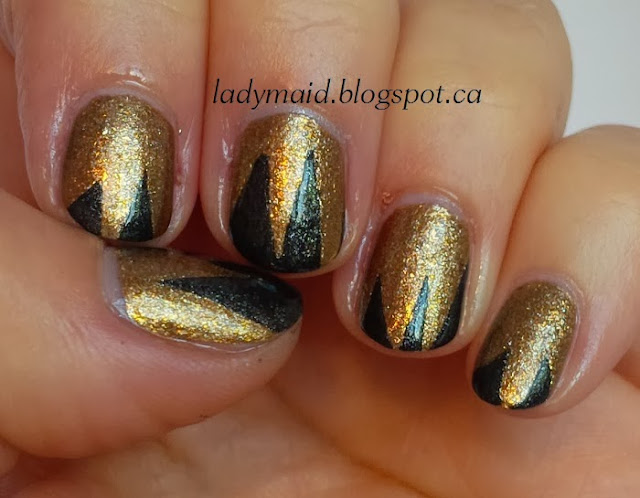 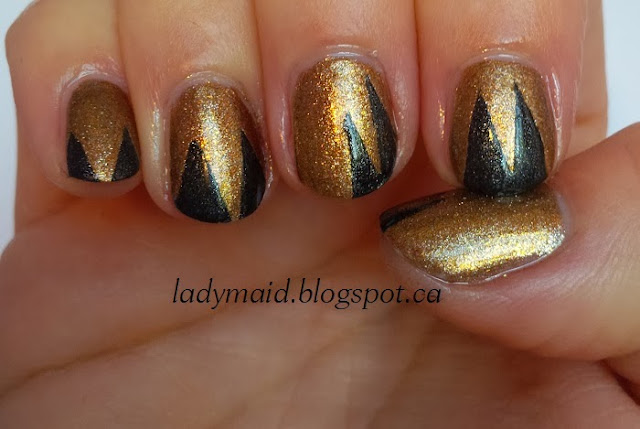 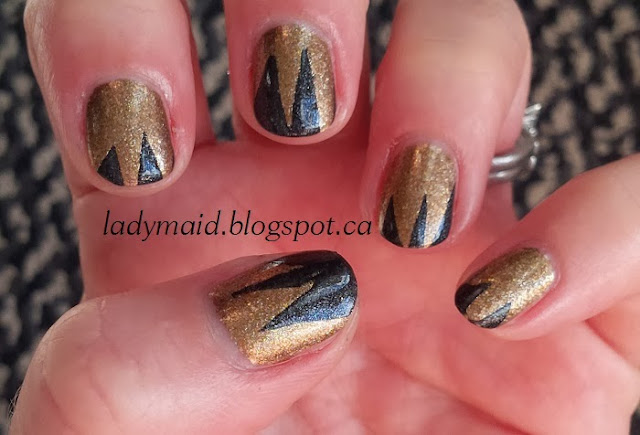 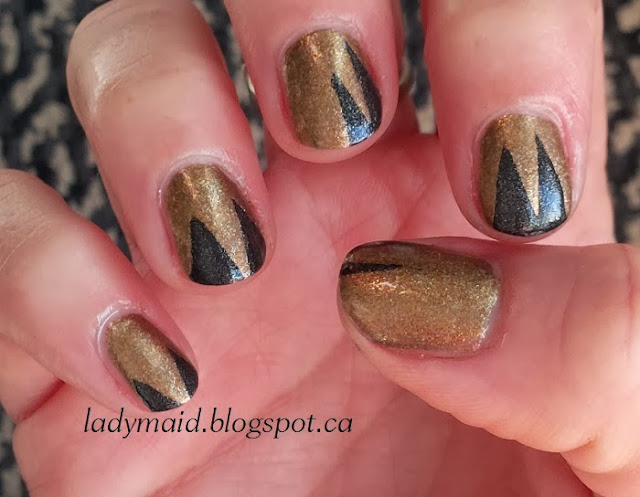 I used China Glaze Rendezvous With You. Then I used painters tape for the first time to add triangle slices or 'bolts' in China Glaze Stone Cold. Then topcoat. I chose gold instead of silver because above and through the clouds I picture lightning to be tinted by the sun.

As a side note, my nails are getting shorter, and my cuticles more angry the further into the challenge I get. I chose to show you my right hand today as well, because at least it has some length left.
Last two photos are sunlight.
Hope you like this as much as I do!