‎This is my mani for a book and nail club I joined on Facebook linked here if you are interested in joining. Our first book was Big Little Lies By Liane Moriarty. The idea is we voted in a book for each month, we then discuss and create a mani from the imagery of the story.

I created these hilarious Darth Vader nails after a scene where a therapist mentioned that a child in the story named Ziggy thinks his real father is Darth Vader. I thought this was funny, and the idea stuck in my head for the mani.

I used China Glaze Liquid Leather for my black base and Above The Curve Don't Blink for my Vader nail. The words and cartoon like Vader were created with acrylic and the designs with a Sally Hansen Nail Art Pen in Silver. 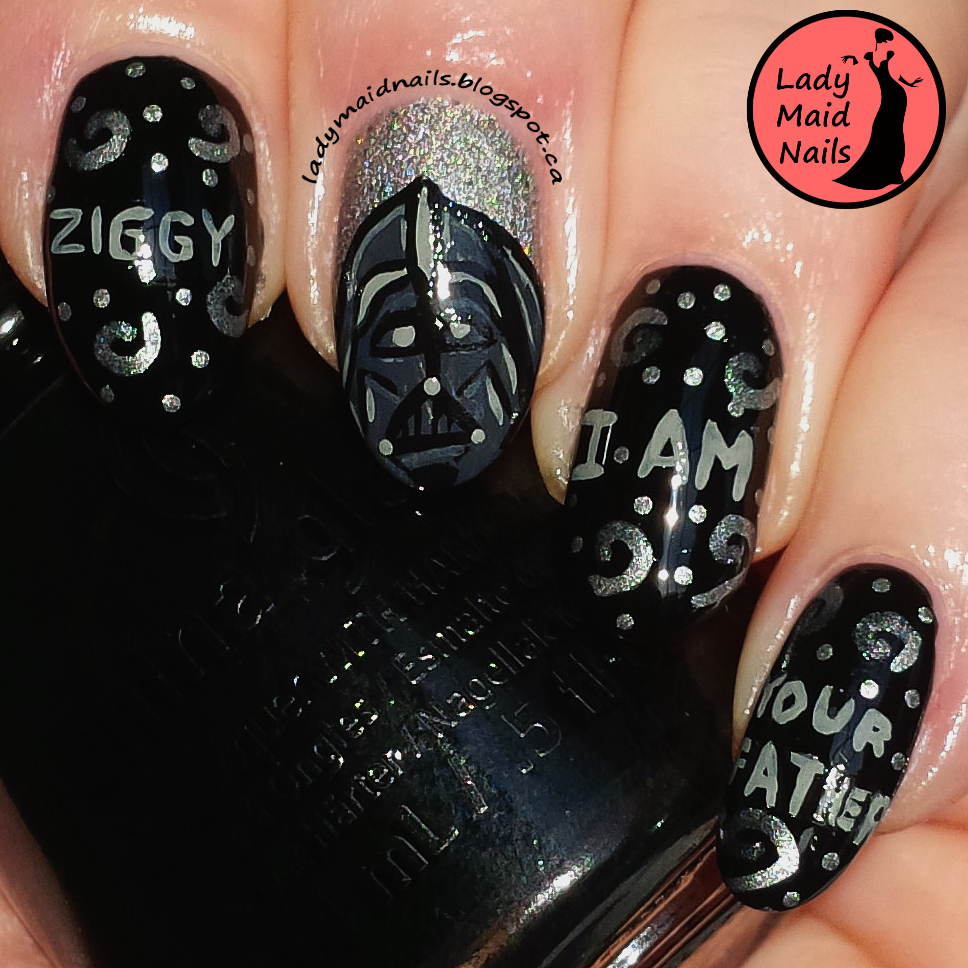 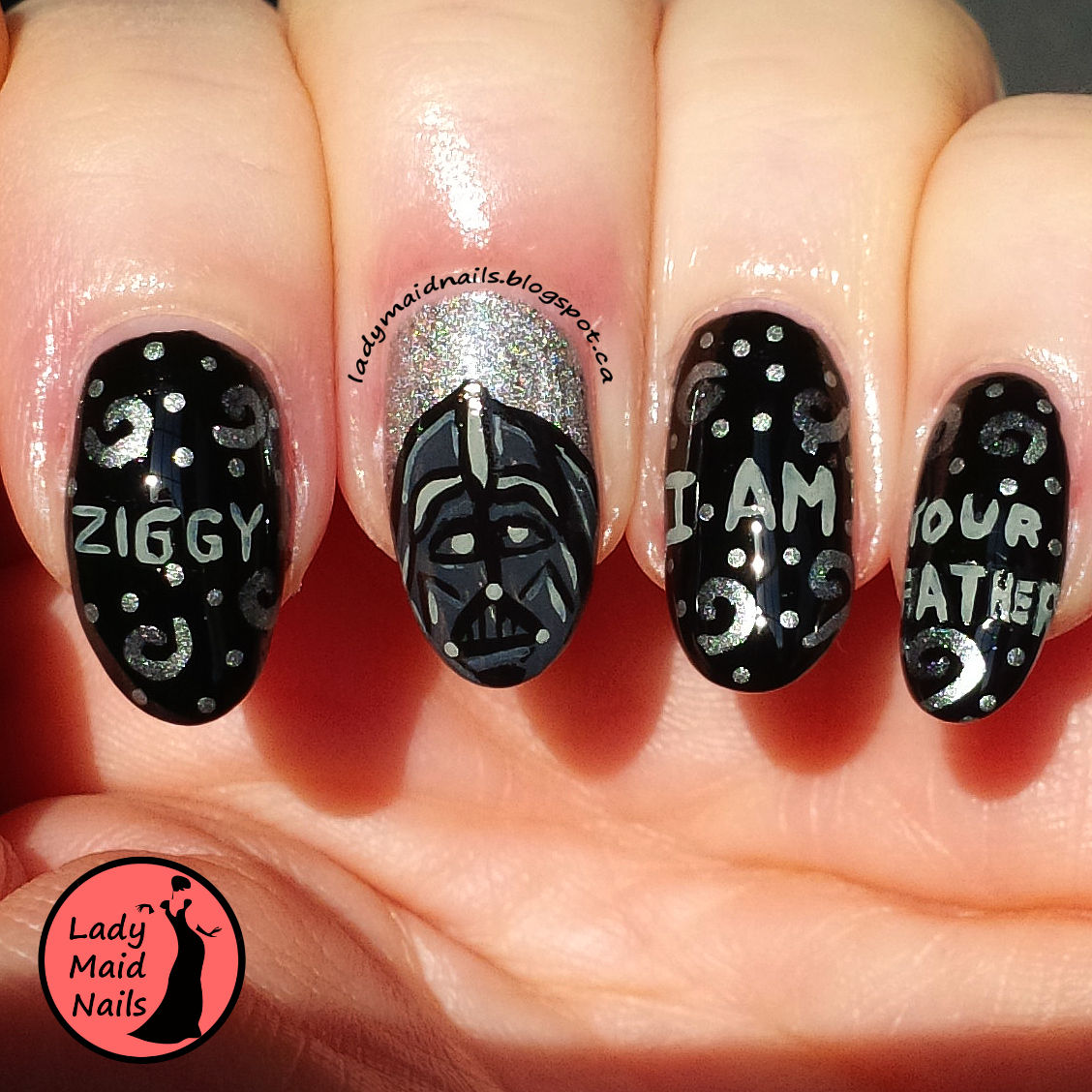 This was a good practice for my lettering, but I'm still in need of much more practice. Apologies for the direct sunlight, I was trying to get the holo, but even after edits these were a little bright!

An InLinkz Link-up
Posted by amanda at Tuesday, February 03, 2015

Email ThisBlogThis!Share to TwitterShare to FacebookShare to Pinterest
Labels: Above the Curve, Freehand, Holo